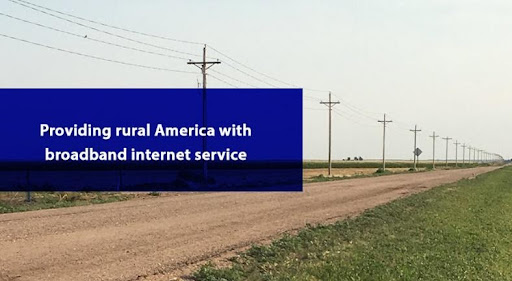 Rural communities find themselves left out of a variety of places, simply because they do not have access to broadband internet. While some types of connections are available to them, they need more than that to do what is necessary.

Rural areas have not been prioritized when it comes to deploying the necessary internet infrastructure. These areas are not devoid of rural internet, but no significant improvements are being observed in these areas that can guarantee the availability of high-speed internet like fiber or even cable. On the other hand, urban areas are constantly receiving faster services that can help them benefit from all the opportunities that the internet has to offer.

The government has tried to improve matters. The Federal Communications Commission (FCC) defined broadband internet services having download speeds of at least 25 Mbps and upload speeds of 3 Mbps, as a basic standard for individuals and even business use. These speeds are enough to stream movies and browse the internet.

Unfortunately, even these speeds are not commonly available in rural areas. To combat this problem, the FCC considered reducing the standard, but this would not actually eliminate the problem. Rural areas would still not have fast speeds, while they may be defined as ‘broadband’ on paper.

Additionally, rural communities may find satellite and DSL internet, but the speeds are generally much slower than newer technologies like fiber and cable. They don’t necessarily have the choice to sign up for a faster connection, even though they may be able to afford it. So, households have to pay higher prices for the slower connections in their areas.

All of these limitations lead to a major concern; lower participation by people of these areas. 28% of rural residents don’t have access to a broadband connection and only 23% of rural residents are online at all times. These figures show a great divide between people in the urban and rural areas, making the lesser participation in culture, politics, and economic activity much more transparent.

How to Narrow the Divide?

The problem we need to address is how to offer high-speed services to the people of rural America. Based on the types of technology we have, it can be through wireless or wired means. Wired connections, in rural areas, are offered through DSL or fixed broadband. The majority of rural areas receive their fixed broadband connections through local providers.

Those who opt for DSL connections get internet in their homes through phone lines. While DSL has improved considerably over the past few years, the improvements have not yet been implemented in rural areas. So, these households continue to receive internet at slower speeds.

A major reason for the lack of advancements in rural connections is the lower population in these areas. If a long cable is installed in an urban area, it will make its way through hundreds of households in an urban city, which will result in more users, and hence higher revenue for the ISPs.

In rural areas, providers need to install longer cables that are often specialized to boost the signals, and even then the providers don’t make much money. Mainly because the wires will pass by a handful of houses that are far away from each other. The lower return in rural areas offers providers no incentive to invest in underserved areas.

To deal with long distances, wireless technology can be much more feasible. Rural areas can benefit from a satellite connection, where a household will be required to install a satellite dish that links to a satellite in orbit. This wireless option is available in almost any corner of the country. However, the equipment is expensive and the connections are much slower, while also being susceptible to bad weather.

The US government needs to create plans to ensure people in rural areas are also able to access high-speed internet connections. Just like in the 30s, when the federal government set up grants to help provide electricity and phone services to all households in the country. By offering incentives, they may be able to encourage providers to install the necessary infrastructure to make high-speed, fiber internet available in underserved areas.